Later this month, the traditional handshake between the CEO’s of General Motors, Ford and Chrysler with the UAW President will kick off possibly the most highly publicized contract talks of any industry.

Making a different picture was a challenge as the photo op was identical for all of three companies who held separate events, every few years, at the beginning and the end of negotiations. The drama in the final hours was like a sporting event where everything seems to happen in the final seconds. The media used to sleep on the floors of the pressrooms waiting for the “we have a deal” announcement.

The last time covering this story I took a risk. Although given a fair share of kudos for the picture, I wish I could take credit for the idea; it was far from mine. It was taken from the playbook of my former boss at UPI.

The title of Howard Cosell’s book “I Never Played the Game,” reminds me of my former boss. Although never a photographer, he edited, composed, gave the idea and inspired countless pictures. He made average photographers good and good photographers great. You probably don’t realize it but to this very day you see his vision in books, magazines and throughout the Internet, but never shot a frame.

When then Soviet leader Mikhail Gorbachev and President Ronald Reagan were to meet, my former boss told one of our guys he had a unique picture idea. Instead of the full body or waist up of both leaders shaking hands, which members of our team were going to make, he wanted him to go tight on just the two hands of the most powerful people clutching each other. It was brilliant and impactful. The following day every newspaper led with that picture. 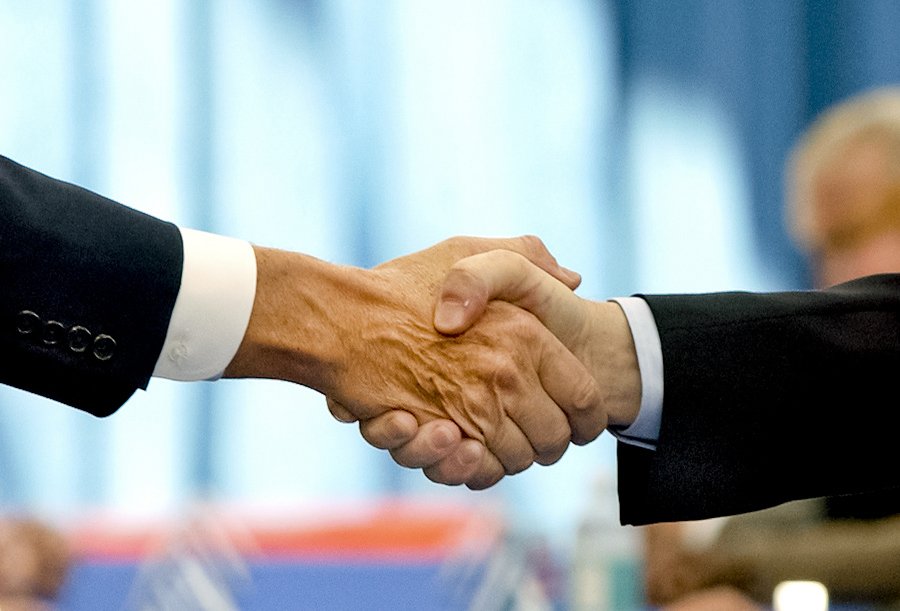 Years later as I was standing at the end of the long table waiting for the President of the UAW and GM CEO to shake hands.  I read a chapter from his playbook and knew what I was going to shoot.

Old ideas, that are good ideas, never get stale. And my former boss is one of the best photographers who never shot a frame.

This entry was posted in General News.